As one contagion fades, another looms: inflation takes the place of Covid.

Barely had Covid dropped out of the headlines than a new and potentially more economically costly threat emerged in the form of inflation.

The attached graph shows prices each month since January 2020 compared with the same month the previous year. Prices were pretty stable during 2020 – some even were lower than the year before – but the CPI began to move up at the beginning of 2021. As of last month (September) the index was 8.2% higher than in September 2021. (For the nine months to date, the average increase was 7.5%).

As can be seen, leading the charge were prices for energy which are a large part of the ‘housing’ division (which includes domestic energy along with rents and house prices), and ‘transport’.

As of last month there was some relief in that the rate of increase for most measures declined a bit.

As shown elsewhere on this site, forecasts are now for inflation in consumer prices to be about 8% this year as a whole dropping to 7% in 2023. 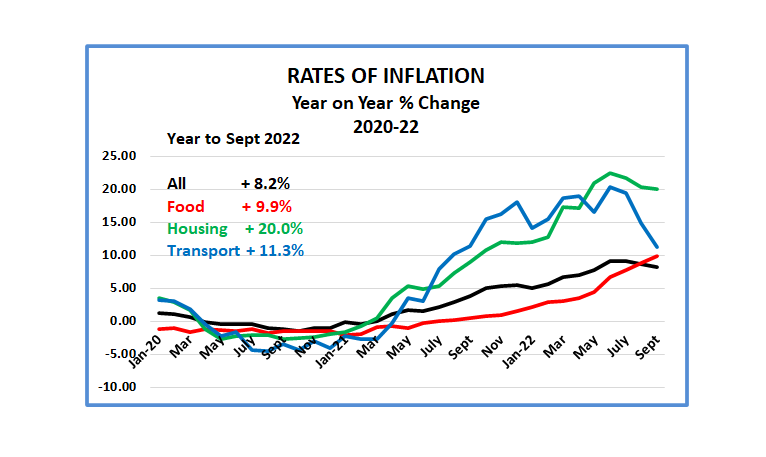